Periodontics is a dental specialty dedicated to the health of gums and the surrounding tissues.

The periodontium refers to the structures that support the teeth, that being the periodontal ligament bone and gums. Healthy Gums that surround the teeth allow the mouth to do is function. Completely healthy gums are characterized by being coral pink in color, covers completely the root of the tooth, and does not bleed with brushing .

Inflamed gums or painful gums can indicate the presence of gum disease such as gingivitis or periodontitis. Both are caused by the accumulation of bacterial plaque in the area where the gum meets the tooth. 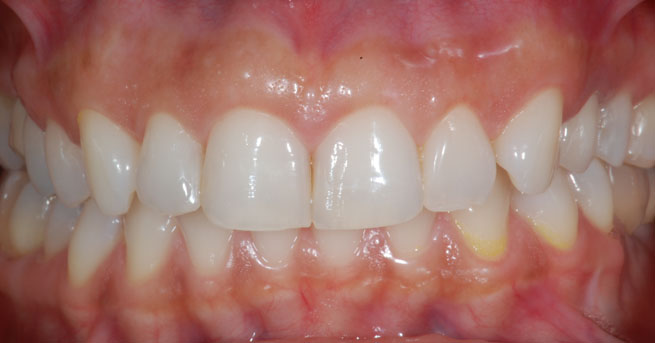 Bacterial plaque is formed when bacteria accumulates due to a poor brushing technique. With time, bacteria and saliva form deposits or calculus. Bacterial plaque is the principal cause of the gum disease. Other factors include tobacco, genes, heart disease, arthritis, Diabetes, Stress, Certain medicines, Poor nutrition, And obesity. 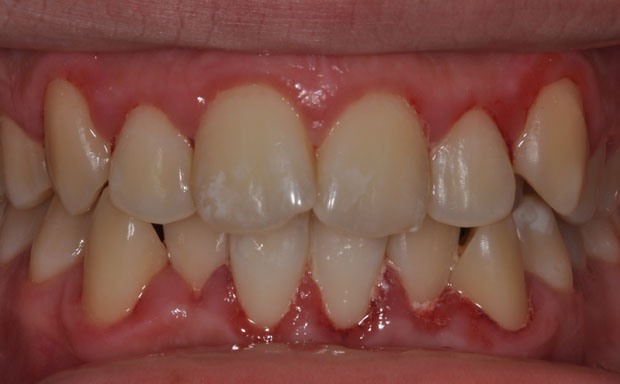 Gingivitis is the inflammation and bleeding of the gums where the bone has not yet been affected.

Periodontitis occurs when there is a loss of bone and gum that supports the teeth . It occurs in 50 % of the population older then 30 years old. If it is not treated in time, it could lead to the loss of teeth.

In order to determine the diagnosis of periodontal disease it is necessary to perform an exhaustive evaluation of Each case. The American Academy of periodontics recommends exploring a series of parameters in order to establish a precise diagnosis.

Dr Sanz is the dental clinic’s specialist in periodontics and as an active member of the American Academy of a Periodontics. He treats his periodontal patients by following the guidelines set forth by this association. In order to accurately evaluate a patients periodontal status, it is necessary to look at the teeth, the quantity and quality of bacterial plaque, the gums, the bite, bone structure and risk factors. For that it is necessary to have: